The Fellowship of Kvasir 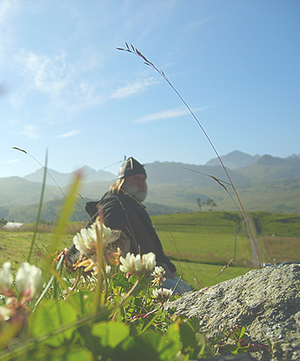 Was established in 1965 in Borås, Sweden, by a number of persons who had a great interest in the pre-Christian culture in Scandinavia and Denmark as well as an interest in the classical civilisations of ancient Greece and Rome, especially in the development of these cultures’ ancient non-Christian religions. Since 1967 and yet today The Fellowship of Kvasir has its centre in Gothenburg.

Because of this we also nourish a deep interest in our old native country Norway.

The district where Gothenburg is situated was once part of the Norwegian province which bore the name Elfsyssel Fylke.

We have many deep contacts with Norway.

But apart from this, we are completely content with being local, and we are not at all interested in having any nationwide coverage.
In 1971 we decided that The Fellowship of Kvasir would entirely focus on the Old Norse culture.

Since then we have concentrated upon what we then called ”the immaterial” culture during the pre-Christian era in the Nordic countries.

By this we mean that we focus on the non-material side of the old Nordic, Norse society. Thus we concern ourselves with trying to find out how people living in that society were thinking, how they regarded things in their lives, and how they acted in various situations and why.

So we in the The Fellowship of Kvasir do not at all deal with such things which are in focus to so many other people who are interested in the days of yore, such as garments, weapons, jewellery, house constructions and the like.

For those who are interested in such things, there are other forums.

We, on the other hand, occupy ourselves with Skaldic Poetry, Viking Age music, ethics and moral concepts, knowledge of nature, beliefs, Norse mythology and Norse wisdom.
The members of The Fellowship of Kvasir are all academics, and each of us has the responsibility within our fellowship over a certain field of knowledge. Occasionally, we give lectures, mostly at museums and major Viking fairs all over the Nordic countries.

In addition to that, we give musical performances using copies of Viking musical instruments, and we also recite Skaldic poems, largely written by ourselves in the traditional way, in old Norse metres, and give courses in old Norse kvad dancing.

Of course, we also have several internal activities, for our own benefit.
We have by now existed under the name Kvasir for more than forty years, and, as it is with all old societies, we have had a complicated and sometimes turbulent history.

We have also had both some very old direct predecessors as well as some old and new offshoots.

The tree of our fellowship is beginning to look like an ancient oak with deep roots and a heavy treetop with many branches.

Over the years our appearance has changed a couple of times, but today we are a small closely united group.

Out of this group, some are visible to the outside world by our lectures, our seminars etc. Others never present themselves to the public, and a few of us live far away from Gothenburg, in some Nordic country or elsewhere in the world.

For instance, we have members living in the U.S.A., and in Austria.

But all of us strive towards the same goal – to spread knowledge about the Siðr, the Old Norse Way.

For a long time now, we have called ourselves a think tank, because this term pretty well describes the way we work.

We also offer advice and help to other societies that are interested in the Norse Way, and who ask for our assistance in these matters.
All these things together have helped us in creating a fruitful concept that has lasted for a very long time by now.
The Fellowship of Kvasir consider it to be fully in agreement with the Norse Way not to deliberately interfere with the business of other Norse oriented groups or individuals.

We fully believe in local completely autonomous groups and in individual responsibility.

We consider a free mutual exchange between peers to be in the best accordance with the spirit of the Old Norse Way.

Therefore, we have over the years in a quiet way encouraged and (as we hope) inspired a considerable amount of people both within and outside Sweden.

Thus, The Fellowship of Kvasir is completely independent and has no obligations whatsoever towards any other society, neither domestic nor foreign.
Of course, we in The Fellowship of Kvasir completely disassociate ourselves from any group of people who might be involved in asatru, fascism, National Socialism, Odinism of any kind, or any form racism.

Moreover, it is deplorable that this needs to be stated at all in our time…

All members of The Fellowship of Kvasir feel a great admiration for the structure of the old Norse society, which was the predominant feature of the cultures in all the Nordic countries and provinces during the pre-Christian Norse era, and its ability to integrate an ecological lifestyle, religion, folklore, morals, open-mindedness and a deep trust in your own resources within an all-encompassing view of life.

This view of life was simply called the Siðr (roughly translated as The Norse Way) by the old ones.

The Old Norse word siðr is the same as the contemporary Swedish word sed, which means custom or practice.

This is the very philosophy of life that has fascinated us so much that we have been studying it for more than forty years by now.
Finally, remember this: There are always those who remember! Nothing is forgotten, nothing is ever totally forgotten!